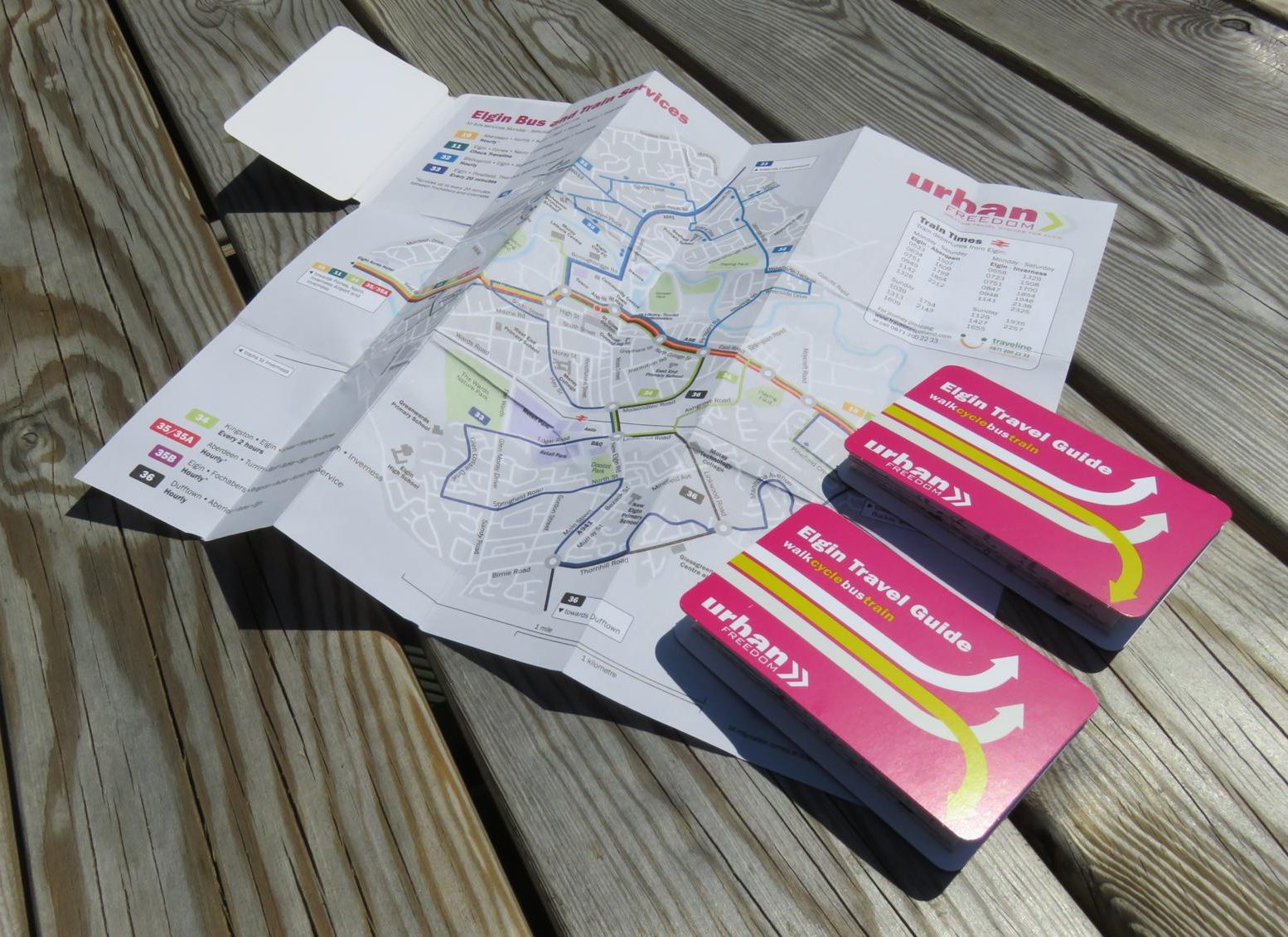 Urban Freedom was a European funded project for The Moray Council to promote travel within Elgin city.

It was initially a two year project, but because of it’s success it was extended in duration and right across Moray.

The logo design needed to be modern and appeal to a wide age range, and have great flexibility with it being used in a variety of applications – from promotional water bottles and adverts, to the side of a bus and bill boards.

Part of the project was to also create a user-friendly pocket sized map that would detail all the local bus routes, and walking and cycling routes. We created the maps using multiple sources of reference then added in the relevant bus and cycle routes, parks and cycle storage lockers.

it’s time to think about your brand.